Hey, it’s Laura. Wow, finally a 5 Wicked Cool Things post is on time for once! July was a month of sitcoms, music and a couple of beauty products. Sorry to report that there is not a new book favorite this month, as I have been slowly getting through my current readings. However, I’ve discovered some things that I’m especially enjoying.

I cannot stop watching The Office! Personally it is now on par with Parks and Rec, which is of a pretty high standard for me. The series ended some time ago, but it’s on Netflix, and I couldn’t help myself. The deadpan and sarcastic writing is incredibly hilarious with Steve Carell as the often offensive Michael Scott. I’m addicted to The Office and going to re-watch it immediately the second time around.

Another hilarious sitcom I literally will laugh out loud to is Netflix’s Unbreakable Kimmy Schmidt. The title sequence can seem a bit overly perky at first, but you’ll find yourself singing to it soon after. Ellie Kemper is the enthusiastic Kimmy Schmidt, who moves to NYC after surviving 15 years in an underground bunker/cult. My favorite character is Titus and his song, “Pinot Noir (Peeno Noir)” will make your day.

The Atlantic has a great and descriptive article on how Kimmy’s hardships are able to fuel well-thought out comedy and initiate deeper meaning into the laughs. Here is the article link, if you want to check it out:

Unbreakable Kimmy Schmidt and the Sunny Side of Surviving

I’ve only recently begun to listen to The 1975, so they are pretty new for me. Nevertheless, their songs have been on my repeat list for the past couple weeks. Unlike other current bands popular at the moment, The 1975 have a unique 80’s synth sound mixed with some alternative rock. My favorite thing about their new album, I like it when you sleep, for you are so beautiful yet so unaware of it, is that each song has its own identity and sound to them.

At the beginning of June, Urban Decay released an entire new line of lipsticks with revamped packaging, added finishes, and all. In total, there are 100 new shades (20 exclusive to Sephora) and 6 formulations.

Just from the two I have tried, I can say that the cream formula is super comfortable and hydrating. Also, they are surprisingly long lasting for a formula that’s creamy while containing amazing color payoff. I was able to eat an entire meal, and it almost looked like I hadn’t just stuffed my face with sushi. Then, I proceeded to eat more delicious sushi.

Another beauty product on my favorites list for July, and I have been using these eyeshadow sticks for a couple months now. I’m fond of products that are good quality, but can be applied relatively quickly. Maybelline’s eyeshadow sticks are fantastic for both instances.

I just swipe it on my lids, blend it with my fingers, and then I’m done! No make-up brush cleaning required because my procrastination takes over all aspects of myself! 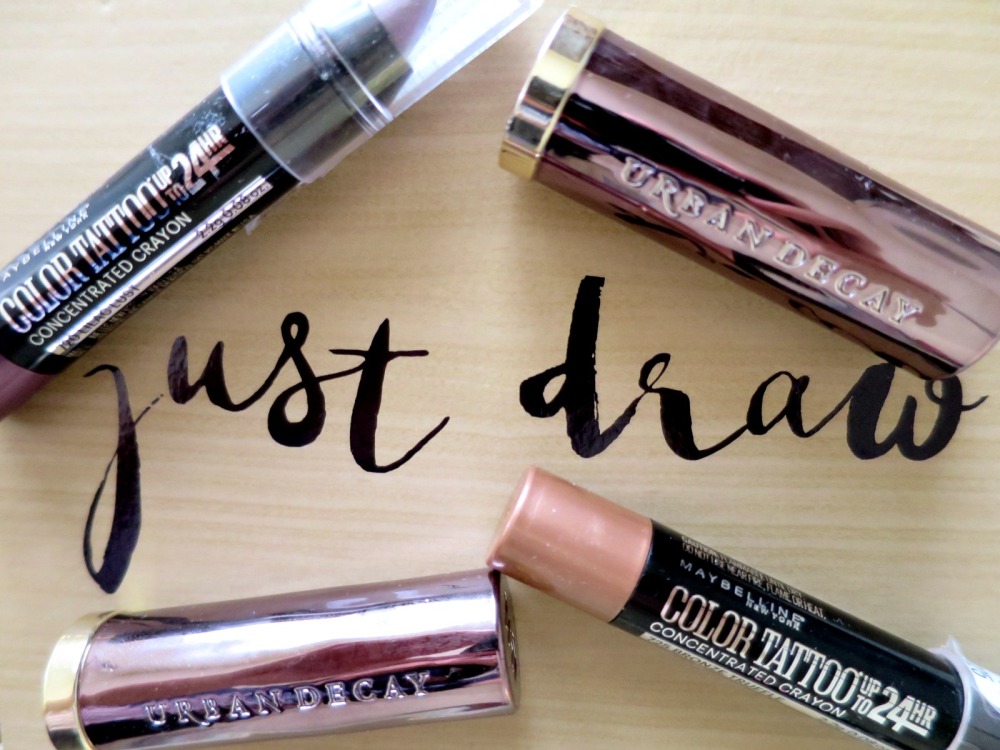 This is a hilariously ridiculous movie to watch with friends if you want to laugh at a not-so-good 90s superhero film. It would have been taken a bit more seriously if the main hero guy was not dressed up in a bright purple, skin tight spandex suit. Also, instead of a sort-of-Batmobile, his transportation is a white horse and his sidekick is a wolf (probably the coolest thing about the movie).

Did I mention that his purple spandex suit is accessorized by a strangely large triangular belt buckle with a skull emblem on it? One more thing, I promise, is that the supervillain is a rich crazy man named Xander Drax…that’s right.